Lake Toba is a lake and supervolcano, 100 kilometres long and 30 kilometres wide, and 505 metres (1,666 ft) at its deepest point. Located in the middle of the northern part of the Indonesian island of Sumatra with a surface elevation of about 900 metres (2,953 ft), it is the largest volcanic lake in the world. In addition, it is the site of a supervolcanic eruption that occurred 74,000 years ago, a massive climate-changing event.

This eruption, believed to have been the largest anywhere on Earth in the last 25 million years, may have had catastrophic consequences globally; some anthropologists and archaeologists believe that it killed most humans then alive, creating a population bottleneck in Central Eastern Africa and India that affected the genetic inheritance of all humans today. 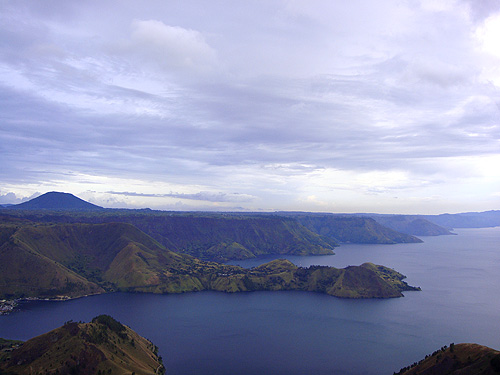 Despite the geological historical details that seems to have brought an annihilation to this world, the lake itself is now stunningly beautiful and immense with several cities circling it. Lake Toba is the biggest lake in the Republic, both by area covered and by volume, and also the biggest in South East Asia. On this post are some pictures of the Lake, taken from the north-eastern side, from Kabupaten Karo, somewhere near Merek/Kabanjahe at a location called the Taman Simalem - The Pearl of Lake Toba. 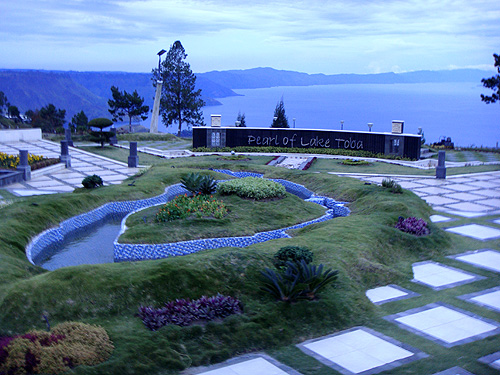 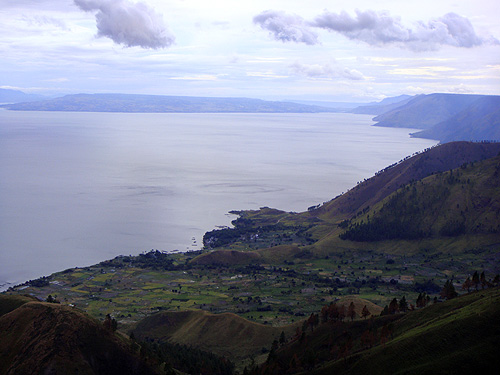 Taman Simalem is currently under development and has partially been opened for public. This place has not yet been popular as a travel destination unlike Prapat, a region located in Kabupaten Toba-Samosir, which is more frequently associated to the Lake. Taman Simalem is designed to become a resort decorated by a mixed-taste of Batak artwork and contemporary minimalistic architecture.

Paragraph 1 and 2 was cited from Wikipedia.