A Little Note on Consumer Rights 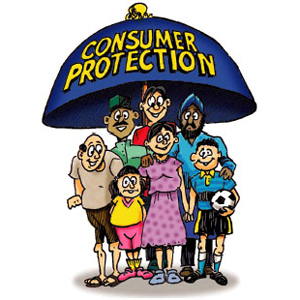 Indonesia vs. the UK; there’s something essentially different in terms of customer and shopping experience. In Indonesia, we’ve got a little proverb that says “the customer is king”. We are kings. We’re entitled for all the possible treatment of a king: a big, warm, welcoming smile at all time, constant hospitality, unlimited variety of options and perpetual top-notch customer service. The customer is king. Full stop. In the UK, a customer is not always treated like a king, at least not like how an average Indonesian would perceive. People are warm and welcoming but they don’t smile as much. Compared to British sales advisers in general, Indonesian ones look like pre-configured robotic puppets who constantly smile regardless of the situation. That is a bit exaggerated but you know what I mean. However, as I’m thinking more about this, I start to wonder what it really means to be treated like a king.

I once bought a Nokia E52 phone in one of the electronic centres in Bandung. The sales advisers were amazingly helpful; they rigorously checked all the items in the box and made sure that they were all working. I went home. I used the phone two days and the phone started to act weird. It went off for no reason and sometimes I couldn’t turn it back on. It happened several times that I had to go back to the shop. The same, exact sales adviser came to me. I said that I wanted to ask for a replacement but she said that it was no longer their responsibility. It was then Nokia’s responsibility. How clever. Yet, she was still smiling, even until the very last moment. Later on, I had to go to a Nokia service centre, several times, and ended up selling that phone because the problem persisted and I was completely fed up. The whole drama took 3 months. Have I told you that the problem persisted? Yes, I have and it did.

In the UK, things would look very different. In a shop, you would be treated like a normal customer. They would smile occasionally but not too much, not by Indonesian standard. If you buy a phone from them, they won’t be bothered to check any of the included items. Well, if they did, it wouldn’t be as thorough as an Indonesian sales adviser would do. Why would they? They are pretty sure that everything should work perfectly. However, this is the interesting bit: if the phone goes mad after you use the phone for two days, or even longer, you can simply go back to the shop, ask for a replacement and you will get one. You won’t be forced to seek for help from the manufacturer of the phone. The shop takes full responsibility. Problem solved. Additionally, if you feel unhappy about your phone, you can return it and ask for a full refund within a certain period of time. Happy? I’d be very happy.

Here is another example. In the UK, if you buy a piece of clothing from a retailer, you have the right to exchange the item if you later find it faulty or even ask for a full refund within 28 days provided that it is re-saleable. It doesn’t apply to all types of clothing, e.g. undergarments, but it does in general. In Indonesia, if you’re lucky, you can get a replacement. If you’re not, you simply have to live with your faulty piece of clothing. Either way, it is very unlikely that the shop would offer you a refund. If they would, that would be an exceptional instance. Although this varies case by case, there seems to be no strict law where both seller and consumer could adhere to. Sometimes the seller knows little about consumer rights, or they simply don’t care, and most of the time the consumer knows nothing. I guess this explains why some Indonesians are very thorough, and suspicious, when buying a piece of clothing, or everything. So thorough that it usually involves an inch-by-inch inspection.

I know that Indonesia has already had some laws regarding consumer rights (UU Perlindungan Konsumen 8/1999). I just don’t see that it has been strictly enforced. Getting to the bottom of an unenforced law is always a complicated story in Indonesia so finding who to blame is simply a waste of time. So, what to do then? Well, a good consumer is those who know their rights. Know your rights. You’re probably wondering how. So am I.

The Indonesian government hasn’t yet got any way to educate its citizen about this. Nevertheless, it doesn’t hurt to look up to our global neighbours, does it? The UK government has a website that covers everything about consumer rights and it is frequently advertised on television. There is even a TV show, called Watchdog, which is aimed to educate people about consumer rights.

If you happen to be one of those people who involves in law-making or anything of the sort, perhaps it’s time to go further, promote the law and educate people. Invent an easy way to convey the law. Use the media. Our media is pretty strong, you know. Throw a tiny gossip and see it explode in several days. I know this issue is a bit delicate, and boring, but there has got to be a way. Also, we are not alone in this world. We can see how things work in our neighbouring countries. They might be useful for comparison. Maybe later we find out that there hasn’t been enough consumer protection in Indonesia.

If you happen to be a consumer who knows nothing about consumer rights, go find them out (and don’t blame the government, doing it will bring you nowhere). It’s painstaking to read the UU 8/ but doing it at least once in your life would be just fine. Additionally, make sure you read the terms and conditions of any purchase or simply skim through them and find the important bits. Anyhow, you have to know your rights. Be proactive. Ask the seller to provide terms and conditions.

____
I live in London. People are way warmer and more welcoming outside London. Illustration taken from Chowrangi.com. All rights reserved.