Piracy is a crime. Are we ready? 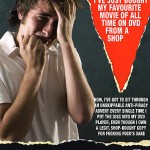 How many times have we heard that tagline, piracy is a crime? Hundreds? Do we realize the fairness and lawfulness of the tagline? Yes, we do. But still, we will always try to find our own justifications. Some will say something like “Why should we buy the legal ones if we can have it for one-hundredth of its legal price?” or a more popular version of it, “I can’t afford legal ones. Those stuffs are simply way too expensive for me.”

Now, sit back and take a look at ourselves. Where are we at weekends? Shopping malls? What are we holding now? Expensive Nokia Nseries cellphones? Fancy Sony Ericsson Wseries phones? And what is that in our bag? An iPod? – Ahh, that’s why we feel that we are inside a box of total disability to pay for legal things.

Take a look around. Notice how many pirated stuffs there are around us; at least we will probably find DVDs, computer softwares, and MP3s – imagine how much the fun we got from those stuffs. Have it ever come to our mind that we can have it legally? Maybe, start to have it legally? Or at least, consider to have it legally for some of those which are not that too expensive. Hahaha.. LOL. Well, that’s not about being inconsistent, but merely start to do things that we can afford to do.

Go to movies instead of buying pirated DVDs.

Why should we go to movies instead of buying pirated DVDs? Because it’s legal. And don’t you realize that the current competition on movie theater industry in Indonesia has gone mad and it leads to the big price cuts in entrance fees? So, legal movies is not that expensive, isn’t it? Plus, we get the sensation of super-big screen, applauds and boos from audiences – especially when it comes to the pause when technical problem occurs, and get happy spending some of your time with our friends! Try Blitzmegaplex, they are good. In Bandung, we can watch you favorite movie for as cheap as Rp 15.000 – it’s legal.

Softwares? Start from a cheap one: Antivirus.

Have we ever got the feeling of total desperation when you realize that your laptop has been knocked-down by a computer virus? Yes, knocked-down. Press the power button and voilá we can’t even see a thing. Just because we can’t update your antivirus anymore as they find out that we are using the pirated version of the program. The feeling is simply one-of-a-kind, somewhere between the sensation of surprise, distress, and frustration. Then we grumbles about how important our documents are, the ticking deadline, how mad our boss will be, and about how much time, effort, and money we lost because of that unfortunate incident. Money? Someone say money? – Ahh, money. Imagine that this will never happen if we really ever pay. Have you checked the legal version of Kaspersky Internet Security in a local computer web-store, Bhinneka.com, that only cost you USD 48? It is a one-year 3-user package so one will only have to pay Rp 145.000. Now we can get the latest antivirus definition, have our documents are secured, everybody is happy, and again, it’s legal.

How about your MP3 player.

So, are you an iPod-guy? You have like 40GB of songs in your iPod – let’s say 8000 songs from various artists. First question: Are we really listening to all of those 8000 songs? Second question: Did we get any of those legally? We can consider it legal if we had the CD and copied it to our iPod for our own uses. Did we do that? Well, it is true that having 8000 legal MP3s will be very extremely expensive. But if we really love the song, I guess it’s not that difficult to start. Besides, how many songs do we really listen to in a week? 40 among 8000? A legal local MP3 is only Rp 5.000 each. You can go to digitalbeatstore.com to download your favorite MP3s. They have a super-high quality 256kpbs version of the song, and again, it’s legal – the artists get what they deserve to get. You can also find their outlets in Blitzmegaplex.

This is not about the law.

Buying legal things is not only about acting law-abidingly. It is something more than that. It is about having things that really belong to us and give the people what belong to them. How do you feel if someone take something that belongs to you? Piracy is a crime, are we ready? Yes, we are. All we have to do is start to act about it.

[Illustration was taken from here]